Starting Over With Blogging After I Almost Quit After Google Algorithm Updates! 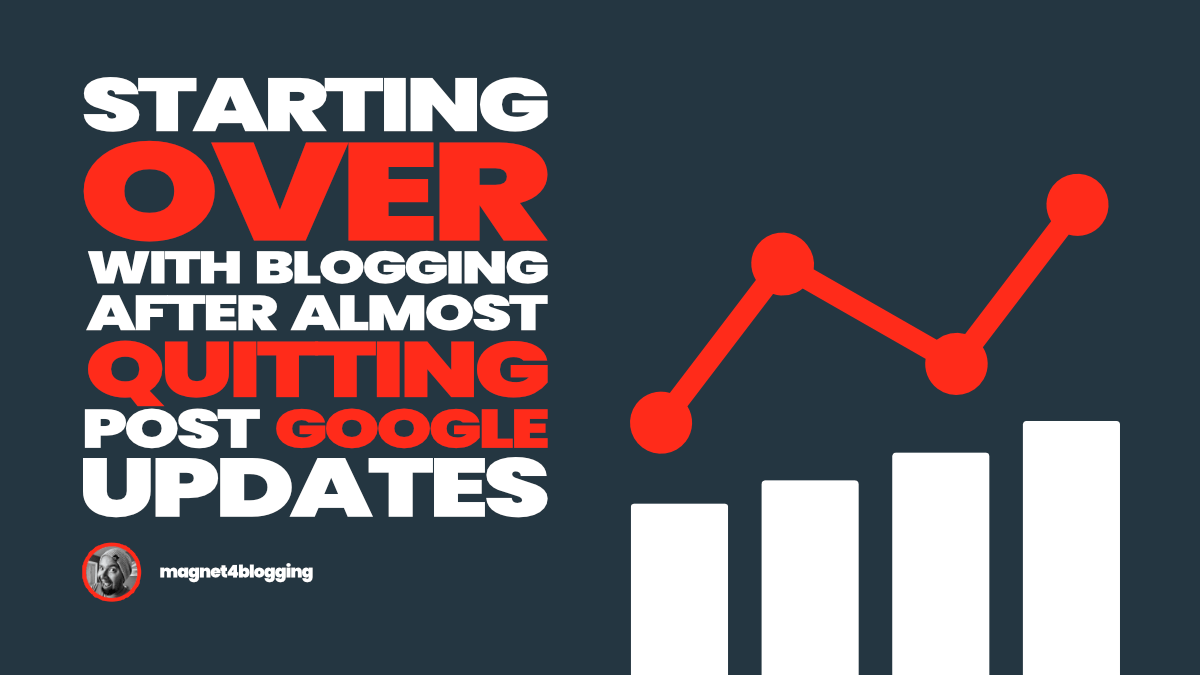 2022 will mark eight years since I almost quit blogging, all thanks to the Google Panda and Penguin algorithm updates. Well, actually, it wasn't entirely Google's fault, it was probably my fault too. Confused? Well, read on to find out more.

I started blogging way back in August of 2010. If you've been following my blog since the early days, what can I say? Thank you so much for staying the course with me.

Anyhow, my first blog was called 'Magnet4Marketing' and I spent the first few years really learning the basics of blogging. Running an online business wasn't new to me, but bogging certainly was. I made a few mistakes along the way too. Perfectly normal, right?

I had read many amazing blog articles from reputable bloggers explaining that the best way to grow blog traffic was to write as many SEO-friendly blog posts as possible. And so, that's what I did. At least. that's what I thought I was doing.

I was whacking out a post a day. Some days I would write two posts. This was easy, I thought. Looking back now, though, what I was actually doing was writing garbage pieces of content that no one today would even care to read.

OK, maybe I'm being a little bit harsh on myself, but the quality of the content was nothing in comparison to the content I'm putting out today on my blog. OK, now it sounds like I'm playing my own trumpet.

When it came to SEO, I'd like to think that I played by the rules. White hat SEO all day long, never really doing any serious black hat tactics... At least I thought I wasn't doing black hat stuff.

At the time, building backlinks was easy. I did this through blog commenting, article submission, and posting on internet marketing and blogging forums. I also dabbled in writing a few guest posts from time to time. I was fortunate, in fact, to have had the opportunity to write on a few reputable blogs. Sadly, some of the blogs I wrote for are no longer in existence.

Things were going well. In two years, I managed to grow my blog traffic from 0 to 15K visits per month and 25K page views. My blog income was growing steadily and I felt that I was actually contributing something valuable to the world and building a real business through blogging.

Just in case you're wondering about Google Panda: Google Panda's aim was to reward high-quality websites and blogs and penalize low-quality and low-value websites. So, essentially, blogs that were made up of thin, duplicate, and low-quality content got the ax! You can actually find a detailed guide to Google Panda here.

The problem was, I did have quite a few thin posts. Thin as in 500 or 600 words in length. Some much shorter than this. They were decent posts on relevant topics, but they weren't thorough enough. By today's standards, they would be considered mediocre.

These days, it's all about writing massive, 20 million word blog posts that bore the living carnage out of readers. You know the ones, right? They go on forever and scrolling to the bottom takes a month of Sundays...

Some of my posts were badly written too. My English writing wasn't that great. I had spelling and grammatical errors here and there. I still struggle with this today, but I'm getting better at it.

Anyway, I went to work fixing my blog. In fact, I spent most of 2011 fixing my content. Re-writing a lot of the posts and making them beefier. I also set out a new strategy to write longer, in-depth, posts.

But then, in 2012, Google Penguin came rolling out with guns blazing! Talk about getting kicked while you're down and almost out.

So, Google Penguin was set out to reward blogs and websites that had good, authoritative, natural backlinks pointing back. And, as you guessed, penalize sites that had nasty spammy irrelevant links and stuffed keywords all over the place.

The problem with my blog was it had a lot of spammy backlinks pointing to it. Some, that I created myself without realizing were spammy, such as blog comments, forum links, article submission, etc. Some folks will argue that these link-building tactics aren't bad. I would agree. But these days, it's about the quality of the link.

Hours were spent in front of my laptop, analyzing every backlink, removing backlinks, and building new authoritative ones.

After two years trying to fix my blog, I decided to quite my blog and quit blogging! Click to Tweet

After waiting for several more algorithm updates, my blog's organic traffic kept dropping until it was nonexistent.
In January of 2014, after spending 2 years trying to fix my darn blog, I made the decision to quit my blog and quit blogging.

Quit or start over?

After taking several months off to cool off, starting over crossed my mind a few times. I thought about how much work I put into building my first blog and how much I had learned in a few years. I needed to give it another try before moving on to the next thing. And I didn't really know what the next thing was going to be.

One of the domains I had purchased back in 2013 was Magnet4Blogging. I never put it to any use, I only purchased it to create an online tutorial. So, in March of 2014, I decided to get back onto the blogging bandwagon and start a brand new blogging business from scratch.

Why starting over was the best decision ever?

Fast forward to August 2021, and my blog Magnet4Blogging is still going from strength to strength.

As of updating this post in August of 2021, starting over was the best decision I ever made, and not just because I decided to start over fresh, but because I started over with a completely new frame of mind.

The growth of my blog has been slow but steady, and that's all that matters. My traffic is not the most impressive at around 35K visits per month, but as I said, the growth has been very steady over the years.

I remember reading somewhere online that bloggers were rarely ever successful with their first blog. I didn't want to believe that, but I do certainly did after starting Magnet4Blogging. I knew this was my second blog and this one had to be successful to whatever degree.

If I hadn't started over, all of this would have simply gone to waste, right?

Moreover, I made a promise to myself. That promise was to never rely on a single source for my blog traffic. That source being search engine traffic only, specifically from Google. Google is great, but I did not want to be at the mercy of them if my traffic stopped.

Today, my traffic comes from a variety of sources. Yes, most of it naturally comes from Google, but I get plenty of traffic from my YouTube channel (Owned by Google... gulp!), social media, email, and push notifications traffic.

Why should you consider starting over too?

If you have a small or medium-sized blog that was hit by any of Google's algorithm or core updates. And, if you genuinely believe that you have done everything you possibly can to try and recover your lost rankings, diminished traffic, authority, and revenue, then here's my hard advice to you! Start Over Completely!

There is no shame in admitting defeat. Besides, you haven't really failed. Google failed you.

Heck, I failed with my first blog and I'm quite proud of it. If I fail the second time, I'll just start over again. Of course, I wouldn't want to start over a third time, as it would be a massive pain in the rear end.

But I'm proud because I wouldn't be where I am today with Magnet4Blogging had I not done so.

And, the great thing about starting over is that it's never too late to do it.

By starting over with a brand new blog, you have a new opportunity to be even more successful than before. A fresh start if you like.

Sure, it's going to take a long time and a lot of hard/smart work to rebuild a credible blog like you had before from the ground up, but it's never, ever too late to start.

The only time that it's ever too late, in my opinion, is when or if you do nothing about it now.

Helping you start over

As I have experienced starting over in blogging, I'm here to help you do the same and be more successful than ever before.

Feel free to connect with me, or get in touch if you need me to answer any questions, or provide you with some further guidance. I'm here to help YOU.

Links, tools, resources for starting over with blogging

Below you'll see that I've outlined some of the best blog posts I recommend reading on my blog for bloggers looking to start over with a brand new blog, as well as tools and resources to grow your blog.

Affiliate Disclaimer: As an affiliate of SiteGround, 123 Reg, StudioPress, and Thrive Themes, I earn from qualifying purchases. If you decide to purchase using any of the affiliate links in this blog post, I will get a small commission at no extra cost to you. Thanks in advance!

Get fresh content from Magnet4Blogging delivered straight to your inbox, spam free! Or follow us on social media.
Plan to make 2021 your best blogging year yet! 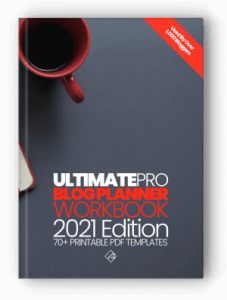